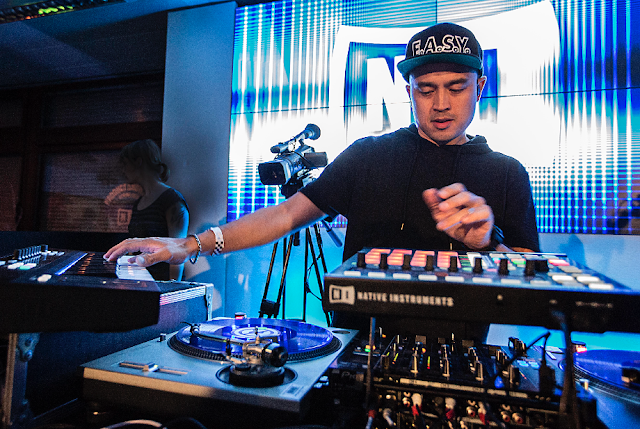 As a mix engineer, I get to hear and dissect a lot of Hip-Hop productions coming from many different producers. This gives me a little extra insight as to what’s working and what’s not. This article will give you key ideas that will level up your production chops, and fairly quickly.
The fact is, anyone can throw together a kick, snare, hi hat, bass line, sample or synth lead and call themselves a “producer.”
If you don’t believe me, just check out Soundclick, SoundCloud, Myspace, etc. There are literally hundreds of thousands of people who are making “productions.” Less than one percent will actually turn dreams into a career! That’s pretty intimidating odds — but just know that 99% of the producers out there aren’t much in the way of competition, and there are some pretty simple reasons why.
Here’s eight things separating the pros from the amateurs:

Sequencers are extremely convenient, and so is quantization.
However, a totally sequenced beat, or one where everything is 100% quantized will sound extremely robotic — like an old school Casio keyboard demo.
Robotic has it’s place, but Pop music, RnB, House music, and Hip-Hop all have roots in Funk and Jazz. If there isn’t some kind of rhythmic push and pull, some kind of human dynamics and timing involved, the track will sound stale! Amateurs program, Pros play it out.

Following that idea: music needs contrast.
If everything stays the same volume, the hi-hat just ticking away, the snares and kicks hitting exactly the same — it doesn’t sound emotional. There’s no movement. Things need to hit differently to be believable.

Layering sounds is an art and a science. Two sounds that are amazing independently can sound terrible together, and conversely one good sound and one that sounds awful on it’s own can come together to form something incredible.
Pro Hip-Hop producers spend years cultivating their layering techniques. Amateurs either layer thoughtlessly, layer too much, or don’t layer at all.
Now mind you, if a sound is exactly what you want on its own, there’s no need to layer. The point is, the pros do it and do it well.

This one is important. If I’m an A&R or a performing artist, and I can’t tell when the hook is happening vs. when the verse is happening, I’m probably not interested in the production.
Changing one element, or introducing a lead line is a pretty cheap way to differentiate. Different song sections must be clearly different. It will also help to incorporate transitional moments, such as beat drops, or builds, when going from one section to another.
Different layers at different sections go a long way here. Arrangement matters.

Hip-Hop is loop based. Fine. That doesn’t mean a production needs to sound like the song is only four bars long and someone put it on repeat. The production needs to consistently move and evolve or it gets repetitive.
Simple things like beat drops, or occasional sound effects, a synth pad that only plays a couple times, or a stutter effect can quickly make a production more interesting.

This is a bit abstract, but the best of the best are able to make productions that are immediately recognizable and have a distinct personality.
Producers discover through their personal aesthetics what they like and incorporate these things into their style.
Understanding what other producers are doing to get their sound is important for growth, but making it your own is what the game is really about.
Find your “thing” and people will know why they need to find you!

This one is not always necessary, but, when it comes to placing records — particularly Pop records (but Hip-Hop too) — a written and performed vocal hook will immediately separate the pros from the amateurs.
Writing and recording a hook will also quickly reveal if the production side of the hook is where it needs to be.

This is a personal preference, but one I would definitely consider. I personally find that a lot of production lacks subtlety.
Not all things need to be upfront and clearly audible. Sometimes a little something happening — small moments or instruments that just add some flavor but maybe aren’t super obvious — makes the difference between a bland production and an interesting, unique production with depth.
Now, a lot of the big-namers I’ve worked with don’t actually incorporate much subtlety — so again I say this is personal preference. However, a lot of what I do as a mixer is all about subtleties, and often I spend a lot of time creating things that aren’t really heard, but felt.
Quirks and imperfections can often be what makes a record really work. Something to chew on.

Now, there are certainly examples of smash productions where the hook isn’t much different than the verse, or the production is super sparse, or doesn’t have many unique moments.
Not everything needs everything — you need to rely on your intuition for when things are just enough, too much, or not enough. And of course these seven things are the product itself. The other side of the coin is the networking, branding, or in short: the hustle.
But if your production is strong and your hustle is strong, congrats — you just got yourself into that less-than-one-percent that make it a career.