#StudioTrappin - 2PAC REVEALED DR DRE WAS A CLOSET HOMO IN LINER NOTES FOR MAKAVELI THATS NOW BEING AUCTION OFF - www.StudioTrappin.com 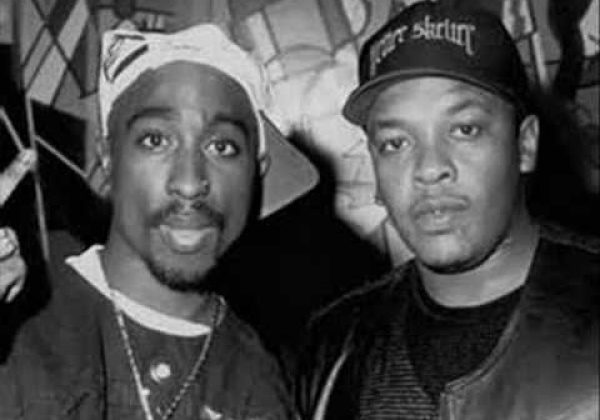 2Pac always wrote everything down according to the ones close to him. Every since his 2pacs mother passed away alot of personal items have gone up for auction. Now we have some Thank You notes that 2pac wrote down for his Makaveli album. On these notes Pac called out a lot of enemies.
2Pac wrote “I dedicate this 2 Jack ‘the snitch’ Agnant for ordering the hit, 2 Tut (Walter “King Tut” Johnson) for shootin me, 2 Puffy, Big, Stretch, Lil Shawn, Jimmy henchman & whoever else remained silent while quietly conspiring my downfall, I thank U,” writes Tupac.
Continuing, he refers to Wendy Williams as a “fat b**ch,” Mobb Deep as “no record selling asses,” and Dr. Dre as a “closet homo.” Also under the gun was De La Soul, who 2Pac called “fat washed up bums,” and Lil Kim, who he referred to as “weave wearing Biggie short stubby d**k sucking Kim.”
Check the letter below and let us know what you think, was Dre a closet Homo?
Newly Revealed 2Pac Liner Notes Accuse Dr. Dre of Being ‘Closet Homo’ 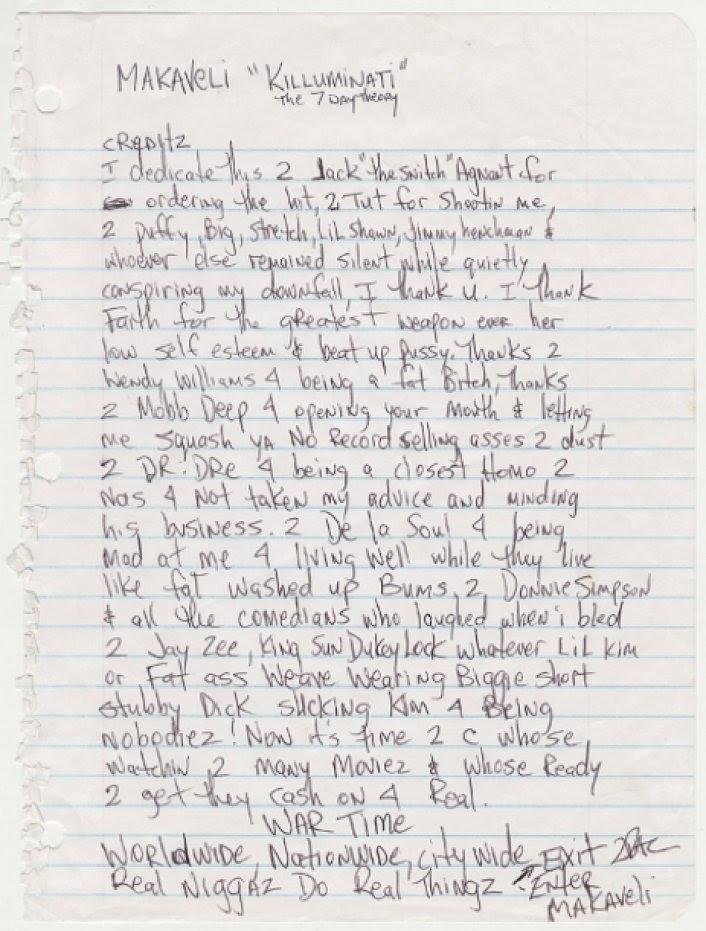