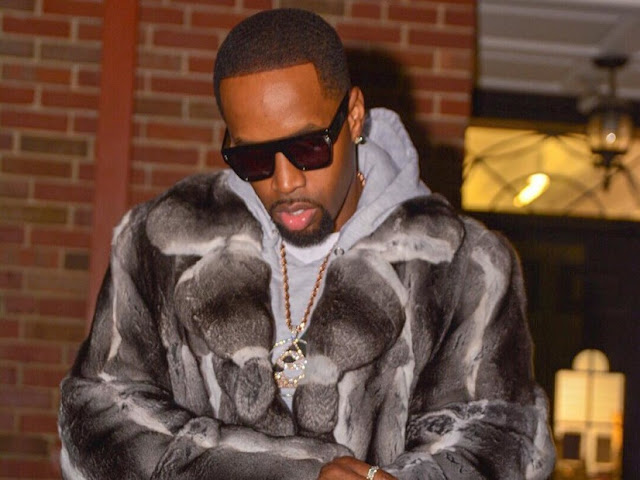 Instagram/StudioTrappin
FORT LEE, NJ – Two armed robbery suspects have been apprehended in connection with the heist of Safaree Samuels’ belongings, TMZ reports.
Authorities chased the two suspects, Jonathan Ricketts and Shawn Harewood, from New Jersey to New York across the George Washington Bridge. One of the suspects ended up crashing his car and fleeing on foot. Once the NYPD got involved, the alleged robbers were captured 12 blocks apart from each other.
Safaree made an appearance on Angie Martinez’s Power 105.1 show on Monday (April 2) andtearfully confessed he’d been robbed at gunpoint just hours before his scheduled interview with the esteemed radio personality.
“A couple hours ago, I just got robbed,” Safaree revealed. “Two dudes with guns just ran up on me. Had me face down on the floor with a gun to my head. They just took everything.”
The Love & Hip Hop: New York cast member tweeted about the robbery and described the moment as one of the “scariest nights” of his life.
It’s not clear if his stolen items have been recovered or what exactly was stolen from him. Safaree’s full interview with Angie Martinez airs on Tuesday (April 3).