Mixing 808s for Punch and Clarity on Small Speakers 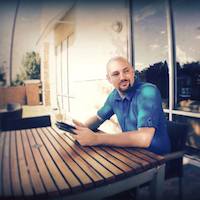 09/15/2014
➥ Start your FREE trial for instant access to David Glenn's mixing courses
Transcript:
Transcript
I’m going to walk you through how I mixed the 808 and some things that I did to kind of help it punch, cut through, bring some clarity.

[music]
With 808s, typically what I’m thinking is low end. We need to make sure it’s huge and fitting, and doesn’t necessarily overpower, but it definitely can’t be something that just crumbles or sounds weak.
I’m thinking, “how can I make this big; how can I make this cut through on smaller speakers; and then the clarity, the punch, what I would call ‘the live kick feel,’ do I want it or do I not want it, and then how can I achieve it?” Then EQ is not really so much of a big deal with the 808. Typically, it’s already got kind of the oomph I would need. The other thing would be transients, and if I want the kick to punch and smack a little bit, how am I gonna get that to happen?
Let’s bypass every plugin.
[808]
Pretty sweet tone already. I’m using Slate’s VCC through Blue Cat’s Patchwork.
I’ve got that set to SSL and I’m driving the crap out of it. I actually don’t even think the meter moves, so let’s take a listen.
[808]
If I bypass it, the meter drops down. Nothing too much tone wise, it’s just kind of the starting point. I have a mix template where I import all of my tracks and this is the first thing on it, so I left it and moved forward.
This one’s a bit crazy. I don’t even want to show you what’s going on. This 808, there’s nothing really there to push, so I went crazy pushing it. Let’s hear the difference before and after.
[808 with/without Pro-Q]
I’m gonna pull open Kush Audio’s Pusher.
Back to the 808. Let’s take a listen without the Pro-Q, and then I’ll instantiate this then put the Pro-Q back in so you can hear what it was doing EQ wise. Here’s before the Pusher, and I’ll bring it in half way.
[808 with/without Kush Audio Pusher]
Harmonically we’ve got some distortion. It’s gonna be boosting it so smaller speakers are going to translate better. I’m going to leave this on, and I’m going to instantiate the Pro-Q and listen to what happens.
[808 with Kush Audio Pusher, with/without Pro-Q]
One more time, I added this one here, and that was just a high pass filter.
[808, both Pro-Q’s with/without Pro-Q’s]
We could use a bit more attack. I love iZotope’s Alloy 2. This has sped up my mixing like crazy. Let’s focus on the 808. Before.
[808 with/without iZotope Alloy 2]
More attack, we got some more click up top, and more attack on the sub frequencies. Love the multi-band transient designer from Alloy 2, and I don’t care about the distortion, I like what’s happening, I like the clipping.
I felt like I could use a little bit more – I don’t want to say punch, because I think of punch in the lower mids in the 60-80Hz, in the sweet spot of the kick there, but a little more clarity in the attack of the kick. What I did is I’ve pulled open our buddy Trigger 2 and I pulled just any kick, I think I went to the “That Sound” library. Incredible stuff over at iwantthatsound.com, and I pulled in the Analog C, and I cut the attack time here, and you can experiment with that for yourself, but that helps a lot whenever you’re working with these sampled drums to kind of control the sustain and the decay, and then I’m not even going to show you the Pro-Q because I did some nasty, crazy stuff. I’m going to show you before. Remember I’m only using this for that 2-5k clicky type sound from the kick. And this is it with no compression. This is the kick just from the “That Sound” library.
[Kick]
This is before my sustain and release settings.
[Kick without sustain and release adjustments]
Didn’t need all that. Let’s see, .03 was it? Excuse me, .05.
[Kick, with/without Pro-Q]
Without it. Back to full-bodied.
I just wanted that little bit of click, and that’s why I did it. Then this guy, 1176, a bit more punch and attack.
[Kick from “That Sound” library, with/without UA 1176]
You can see it’s got kind of a slow attack and faster release. Kind of pulling out some attack there.
Now that blended with the 808 sounds like this. Here’s without.
[808, kick muted and unmuted]
Let’s hear it in the track. Muted.
[muting and un-muting kick]
One more time, exaggerated.
[muting and un-muting kick]
A lot of us were used to the layered kicks concept. This may not be anything earth shattering, but the way that we were able to treat this to a finished sound, hopefully you loved it.
Don’t forget to check out davidglennrecording.com, mixingvocals.com, and theproaudiofiles.com.

David Glenn is a producer/engineer/musician based out of Orlando, FL. Credits include: Pablo Villatoro, Blanca Callahan (Group 1 Crew), Aimee Allen, and more. Learn more and get in touch at davidglennrecording.com.
at April 08, 2018