ARMED GUNMEN SHOOTS AT 6IX9INE OUTSIDE COURT HOUSE HITTING HIS BODYGUARD IN THE STOMACH - www.StudioTrappin.com 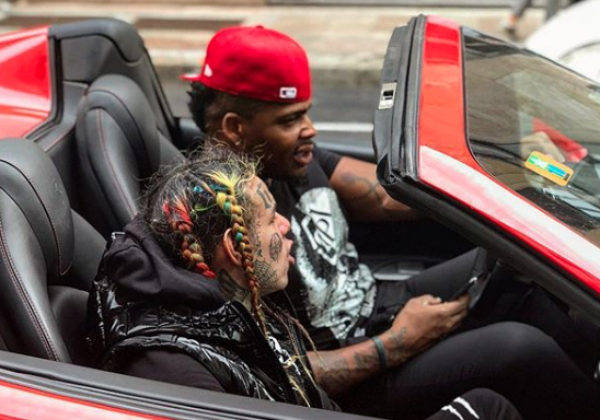 ARMED GUNMEN SHOOTS AT 6IX9INE OUTSIDE COURT HOUSE HITTING HIS BODYGUARD IN THE STOMACH
POSTED ON:
Oct 27 2018

It seems someone in New York City had their eyes on harming the King of New York 6ix9ine outside the courthouse he just fought for his freedom in. 6ix9ine was shot at outside of the courthouse and we hear he was not hit or harmed, but his bodyguard was shot in the stomach and rushed to the hospital. No word yet on the condition of 6ix9ine’s bodyguard yet or even which one it was. From info we gathere 6ix9ine has been heavily protected by the very popular and respect Shadow Group Bodyguard service. We do not know forsure if it was the ceo of shadow or any of his workers. Once we get a update we will provide it, but via Shadow’s IG we see people he knows praying he is OK in the comments.